Gilly has a friend in the ballet world who has an apartment in Venice which she very kindly offered to us for a week in May. Gilly had danced there at the Theatre de Fenice when she was in London's Festival Ballet and she thought my education would not be complete until I had visited this magical city.

On almost every open site along the Grand Canal, were enormous bronze statues. None of the subjects could exactly be described as beautiful and we were intrigued to find out what it was all about. 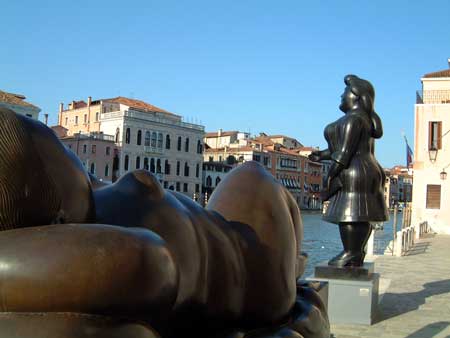 We emerged from our meanderings at the Rialto, an obviously famous landmark with a lot of tourists. I was amazed to find that it was built by competition and took 70 years! 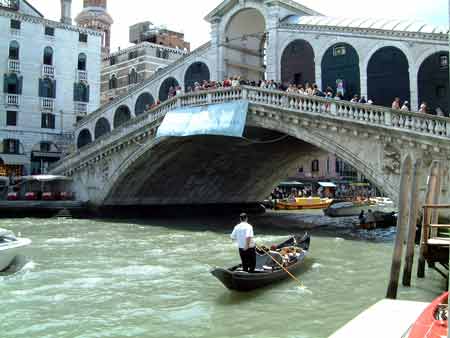 On the Sunday of our stay, the Grand Canal was closed to all motorised traffic as it was the venue for a massive regatta. This was a fantastic sight with rowers from all over Italy, most of them rowing in the traditional Venetian style - standing up, Gondolier fashion!  Very sensible, as it keeps them as far away from the water as possible. There were a few outsiders in kayaks and even one guy paddling his wind surfer down the canal! 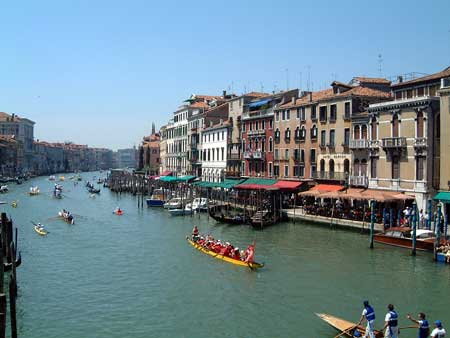 We were approached by quite a few gondoliers and the cost was really quite high. €70 for a 40 minute trip, but a lot more if the gondolier sang! 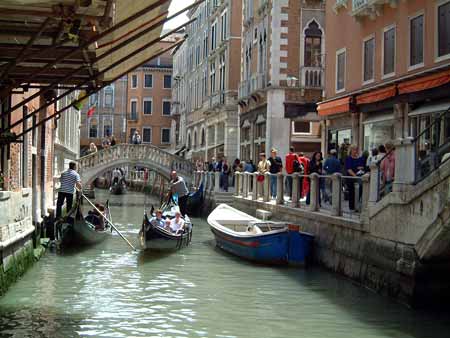 Having resisted the temptation, I compromised and paid 40c each to cross the Grand canal in a Traghietto. 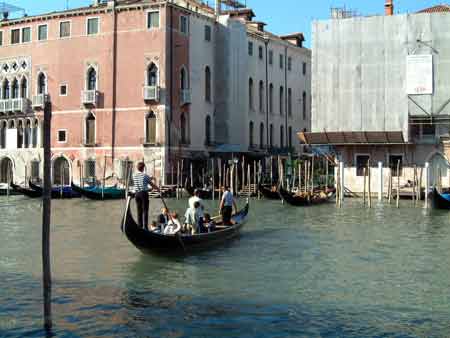 We finally reached St Marks Square with thousands of pigeons and tourists. The view from the Campanile was worth the wait though. We learnt that the best trip to the Doges palace was the "Secret One", limited to only 20 people and visiting all the back stage rooms and cells. Fantastic - but you have to book the day before. 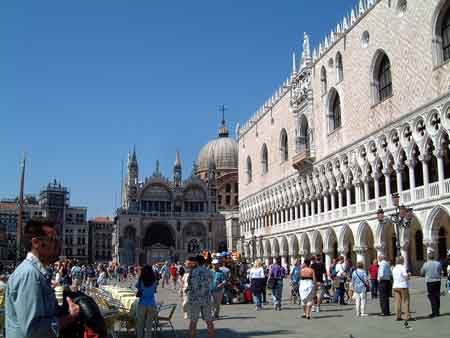 You could actually get away from the crowds here and it felt quite cool! 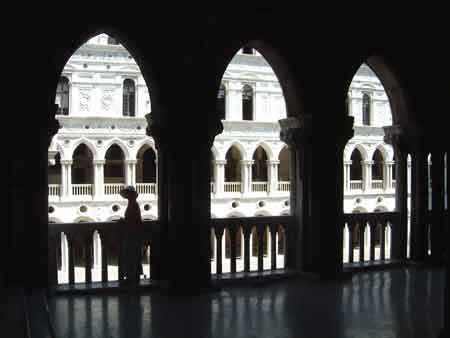 The public rooms were magnificent with the most wonderful painted ceilings. 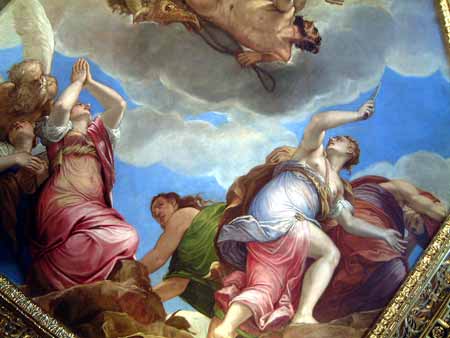 We used the Vaporettos extensively and they ran an amazing service, If you buy a three day ticket, you can use it to visit not only Venice but the other islands in the lagoon, such as Morano and Burano.

On our way to Burano, we called at the cemetery, an island all of it's own. We went to look at Diaghilev's grave. He and Stravinsky are the most important current residents. I believe that, as space is at a premium, they tend to dig them up after a while! 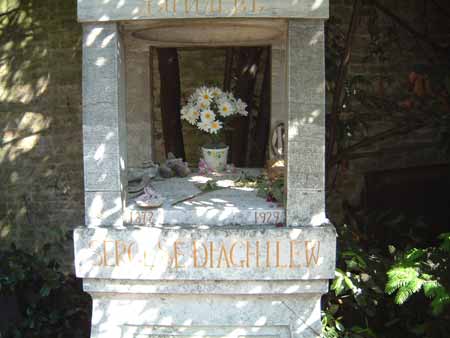 The islands were beautiful with an entirely different aspect from Venice. 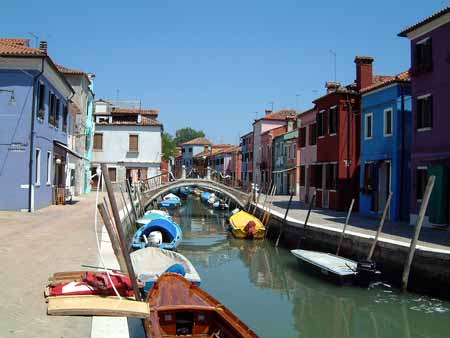 After a week of walking, we had very sore feet. Venice may be at sea level, but there are 400 footbridges!
It was a wonderful experience and May was a very good time to go.